The design of the generic specifications for the future global mobile radio standard, the 6G, has been underway for months, although further specification will not be addressed until the middle of this decade. The definitive setting of a world standard, as it has happened with 4G and 5G, is revealed more difficult, because each region of the globe wants to preserve its legitimate interests. There are still several years of eminently technical work to be done, but the political interests and the inevitable alternatives that arise as a single standard is progressed causes unanimity to crumble and it is feared that several 6G standards will eventually be created, only relatively compatible with each other. .

In recent months, several white papers have been published by research consortia and companies from Europe, Japan, China, South Korea and the United States on what the future 6G should look like. The generic bases are common but they have multiple peculiarities that are, in the end, the most difficult to reach a consensus in order to have a common and acceptable regulation for all.

It must be borne in mind that you can never make a clean sweep, but make the new compatible with the existing and, furthermore, take into account the innumerable patents, essential and non-essential, existing in mobile telephony, which has taken a whopping half a century to its backs, since Europe created the GSM standard in the early 1980s and two decades later gave way to unified 3G, not without effort and with the firm will of operators and regulators around the world.

Technical criteria have played a large role in fixing the different generations of mobile telephony so far, but there are indications that politics will play a more prominent role in 6G, with the danger of rupture

3G has subsequently been greatly improved and more unified with 4G and now with 5G. They are successive generations of mobile telephony that do not have much to do with GSM but that bear its initial imprint. SMS messages, for example, continue to function in the same way and, being part of the original nucleus, they do not vary with the new generations of mobile telephony.

Right now, the main task of the 3GPP, the body dependent on the International Telecommunications Union (ITU), is to set the specifications of the renewed 5G for the middle of this decade, which has been decided to be called  5G Advanced. But, in parallel, it has already been working for a long time on the specifications of the 6G, because they are increasingly complex tasks and require titanic efforts to reach a final consensus.

In previous mobile generations, it had been possible to set a unified generic standard in all the phases that a radiotelephony signal passes through, from the terminal to the base station and then in the link network and finally in the trunk network, to put in contact to the other radio signal, wherever it is. Each stage of the signal path was perfectly delimited and the compatibility with a common protocol was verified.

With the upgrade of a generation of mobile telephony, operators must also keep the network equipment manufacturer if they want to take advantage of the equipment of the previous generation. If you have a 4G network and you want to upgrade to 5G, with the same network equipment and fundamentally modifying the software, you must keep the manufacturer. It is the main reason why the UK Government has decided that there will be no 5G networks from Huawei by the end of this decade but, for the time being, Huawei’s 4G networks will be able to be upgraded to 5G. Six or seven years from now, when the original 4G network will be practically obsolete, even with its 5G upgrade, it can be largely dismantled. As with buildings, the facilities must be renewed periodically and without breaking everything down.

This upgrade process carried out with 3G to 4G and 4G to 5G is in question with 6G, due to the appearance of Open RAN equipment. In theory, Open RAN should allow the different hardware and software components of a link network to be disaggregated, so that they are all compatible with each other, regardless of manufacturer. The intention, on the part of the major global operators and with the enthusiastic support of the United States Administration and its regulatory body, the FCC, is that by the middle of this decade there will be a significant implementation of Open RAN link networks and that By the end of this decade, 5G Open RAN networks already have a much more important presence.

The Open RAN strategy, in its different modalities, is so ambitious and complex that many doubt that it can be implemented in a really significant way with 5G networks, even at the end of this year  decade But at the same time, as Ericsson’s CEO, Börje Ekholm, acknowledged in early August at his company’s quarterly results presentation, “Open RAN will surely be a critical part of 6G solutions.”

If the current head of Ericsson sees feasible, and in a certain way inevitable, that at least the 6G link networks are highly disaggregated and compatible with each other, in accordance with the aspirations of Open RAN, it is very likely that this is the case. Ekholm considers himself a fully authoritative voice, with a global outlook and little given to sensationalism, although logically he looks out for the interests of his company. 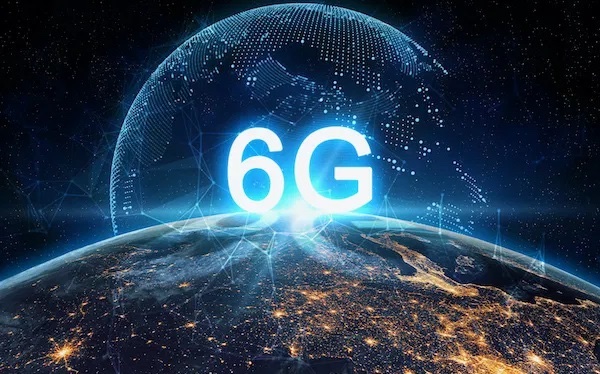 The integration of Open RAN in 6G would mean, however, that the 6G specifications, at least in the network part and in its internal communication protocols, should be totally fixed down to the smallest details. In such a way that it does not matter if a network and link station is manufactured by different companies. Similarly, the different internal components, in order to be functional and compatible with each other, must include the different essential patents, assigned by their legitimate owners based on the FRAND (Fair, ReAsonable and Non-Discriminatory) standards that regulate the standards. 3GPP approved.

There are many voices that consider the integration process of Open RAN in 6G as feasible, but that an obstacle must first be overcome that for now is insurmountable: technological understanding, or at least in mobile telephony, between the United States and China. As is well known, the 5G networks manufactured by Huawei are totally prohibited in the United States and the Joe Biden Administration continues to press, as Donald Trump’s did before, for Europe to do the same, as they have already achieved with the Kingdom. United and various Commonwealth countries, such as Australia, although the position of the European Union is ambiguous and resists following the dictates of the United States. The crisis in Afghanistan has starkly highlighted the risks of over-reliance on the United States.

It turns out that Huawei has a share of close to a third of all 5G link networks installed in the world and 40% if it joins ZTE, another large Chinese manufacturer of network equipment. This high share is achieved largely thanks to the Chinese market, where Huawei, together with its compatriot ZTE, accounts for more than 90% of the share and, in turn, China has about half of all 5G networks installed in the world . Huawei also has an important portfolio of essential 5G and 4G patents and is not part of the Open RAN Alliance consortium, thus it is not obliged to assign its patents to 3GPP with the Open RAN standards included in 6G.

Huawei is part of the 3GPP, but many experts argue that if the Open RAN standards were fully ready to be part of 5G or 6G, Open RAN equipment could not be manufactured because they would not have access to the essential patents of Huawei . For now, both China and Huawei are silent on the Open RAN issue, waiting for it to mature. It will be then, in any case, when the situation must be resolved, one way or another. What happens with 5G Advanced and Open RAN, within a maximum of three years, could indicate the path that 6G will follow on this thorny issue.

On July 7, the 5G Infrastructure Association (5G IA) published the  report entitled “European Vision for the 6G Network Ecosystem”. In the place SNS Horizon Europe More information can be found on how 6G can help Europe achieve climate goals by 2050, apart from promoting the convergence of the digital, physical and personal worlds in European society in the next decade. Colin Willcock, president of the 5G IA council, assures that the document “encapsulates the European vision of what 6G should be and indicates the direction we must follow.” 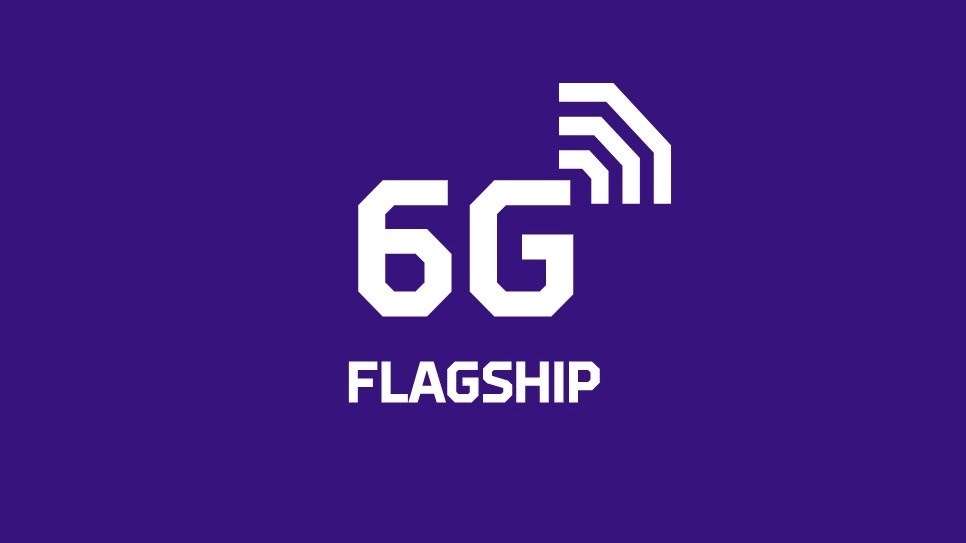 In late June, the South Korean Ministry of Science and Technology announced the  R&D 6G Plan, with an investment of 220,000 million won until 2025, about 200 million dollars, comprising six basic areas to achieve communications by fiber optics and mobile radio at a maximum of one terabit per second (1,000 gigabits per second). Last May, the United States and South Korea signed a pledge through their respective public research institutes to promote collaboration on 6G research and the opportunities it presents.

In mid-April, during a meeting between Japanese Prime Minister Yoshihide Suga and United States President Joe Biden in Washington, it was agreed to jointly invest 4.5 billion dollars for the development of 6G, according to a statement from the  White House, as well as advancing “in the development of secure 5G networks, including Open RANs”, among other issues.

The disaggregated and compatible radio communications components promoted by the Open RAN initiative will form a substantial part of 6G, but hardly with 5G Advanced, according to Ericsson’s forecast.

As reported by the Japanese newspaper Nikkei, “Japan believes that the achievement of global standards will be crucial for the development of next-generation communications and, therefore, cooperation with the United States will help to achieve this.” But he quotes a semiconductor production equipment manufacturer who believes that Japan fears that if the United States expands sanctions on China, it will be very difficult for Japanese companies to increase business in China, a market that is very important to Japan. As with the European Union and especially Germany, Japan cannot ignore China and turn it totally against it.

The Chinese government officially started research on 6G technology in November 2020, with the creation of two working groups dedicated to the development of 6G. It is taken for granted that the Chinese government wants to repeat the success achieved with 5G in the next generation of mobile telephony. China is currently working on its own on 6G development, while leading various 3GPP working groups.

Finland already became one of the first countries to start developing 6G technologies last autumn. In addition, in December Nokia announced that it was leading the Hexa-X project, the European Commission’s initiative to investigate the development of 6G, of which the 5G AI report may be part. Ericsson, logically, also collaborates in the European vision of the 6G.

In any case, it is clear that the governments of each region of the developed world are working on their own to influence the development of a joint proposal for 6G networks, which should be done within the 3GPP. In previous generations of mobile phones, the consensus was largely decided on technical grounds and big business. Above all, Ericsson, Nokia and Huawei, although Samsung, Qualcomm, ZTE and the Japanese NTT DoCoMo, Fujitsu and NEC also played a leading role.

Politics and fully industrialized countries now play a more prominent role than before. The fear is that, if a unified 6G standard is not achieved by the end of this decade, it could go to a scenario with different 6G networks depending on the region of the globe, as happened before the establishment of the third generation of mobile networks, the 3G. For this reason, many eyes are on setting the 5G Advanced standard, Release 18, scheduled for late 2013 or early 2014, as it may give an idea of ​​the future of 6G in the next decade.