The 5G networks applied to agriculture are seen as one of the main applications that will allow to achieve better and greater harvests, in addition to making them more ecological and sustainable with the strictly necessary water consumption. Many other sectors of activity, such as health, tourism, automotive and transport, infrastructure and the manufacturing industry in general will also benefit if they are applied correctly, it was highlighted throughout the 5G Forum that the last week and whose papers will be available until next year.

The “killer application” for the development of 5G networks is the use case applied to multiple sectors of activity. This is because the use case is the main tool to create new value, said Alfredo Vallejo, director of Orange’s national 5G plan. Drones or autonomously guided vehicles (AGV) for the inspection of infrastructures with difficult access, remote maintenance of plants or the surveillance and management of emergencies, as well as robots for the diagnosis of people and the control of manufacturing plants from a distance or Also, the different types of sensors and IoT devices for the improvement of agriculture and the maintenance of infrastructures will contribute to the 5G networks having greater benefits and utility.

The path for the different use cases under study to come to fruition, however, will not be easy. First, the coverage of 5G networks will have to be extended both in cities, where there will be a greater population and data consumption, and in industrial estates, logistics centers or areas and agricultural farms where there may be large data consumption but very little population. Roberto Sánchez, Secretary of State for Telecommunications and Digital Infrastructures, assured at the inauguration of the Virtual 5G Forum that the State will subsidize those areas with little population but capable of taking great advantage of 5G networks with charge of European recovery funds. And he used agricultural farms as an example.

The pilot tests have shown the great utility that 5G networks can have applied to numerous sectors of activity, such as agriculture, health, tourism and industry in Spain, among others

Apart from extending the coverage of 5G networks, it will be necessary to have greater technological maturity for the correct operation and optimization of the use of the networks. Among them, that all the networks are really SA 5G and do not rely on 4G with NSA 5G as is now the case in Spain and that massive MIMO technology is deployed to make the most of the antennas and enhance their coverage in the specific areas with greater utility, apart from the 700 MHz band being tendered and put into operation to complement the 3.5 GHz band where 5G coverage is needed and not so much speed.

It will also be necessary to develop other technologies that will make 5G fully effective, such as Big Data, artificial intelligence and security systems, as well as create new ecosystems of specialized agents and virtualization systems. Above all, Alfredo Vallejo pointed out at the 5G Forum, new business models must be created and use cases co-created to encourage the use of new networks. Also, make the networks profitable for a greater and faster expansion of all the infrastructure that is going to be put into operation, helped in the European Union by the Next Gen funds, with a total budget of 140,000 million euros, of the of which a third will go to digitization.

Spain, leader in use cases

Spain is considered the country in the European Union with the most use cases underway, both in the first and second calls for 5G pilot projects. The operator Orange Spain is carrying out 28 use cases, in the Valencian Community and Galicia, as detailed in these operator-specific websites.

Telefónica, for its part, is carrying out more than 70 use cases, in industry, health, education, tourism or the media in the second call for 5G pilot projects. Only in the Community of Madrid is experimenting with eight use cases. Mercedes Fernández, innovation manager at Telefónica, highlighted three projects at the 5G Forum: the inspection of the state of railway tracks using drones, in collaboration with ADIF; the construction of high-tech ships with the Navantia shipping company or the redefinition of collaboration with medical teams, together with Quirón Salud.

Like Orange, Telefónica sees many challenges in the development of 5G, with the creation of the new generation network, in radiocommunications and in the core, in the development of different terminals, in the maturation of the ecosystem and of the models of business and investment, apart from the 700 MHz band tender and the reordering of the 3.5 GHz bands awarded, which is still pending. 5G networks, when fully up and running, will allow great possibilities, either through network slicing, precise location, lower signal latency, virtualization, new 5G ioT devices or unbundled networks. Open RAN, Mercedes Fernández commented.

In the agricultural sector, 5G can contribute to its improvement with the optimization of logistics, with monitoring of the growing areas and with personalized guidelines to improve harvests from a distance

Carlos Becker, director of administration and smart cities of the operator Vodafone Spain, aligned himself with the comments of the executives of Orange and Telefónica. For the Vodafone executive, the development of 5G and the new economy is a great opportunity thanks to the European recovery funds, which will allow the creation of a new telecommunications infrastructure.

Becker warned, however, that “we cannot sleep” because Asia is deploying 5G networks and the development of multiple applications for industrial use very rapidly. The use of 5G for the industry is fundamental and it is the first that a network is designed for its main application to be the industry. “5G gets right into the heart of companies,” he said. The operator has provided the section between Plaça de Espanya and Fira Gran Vía de los Ferrocarriles de la Generalitat de Catalunya with 5G connectivity, not only to offer connectivity to travelers, but to support the telemetry systems of the convoys by the operator railway.

The use cases that are being developed can be seen from two perspectives, from industry or from technology. From the point of view of the industry, there is the agricultural or livestock sector, with more precise and efficient exploitation systems, or the transport and logistics sector, with biometric access systems and more secure services. Vodafone and Huawei have validated in the Port of Barcelona a video monitoring system analyzed at the edge of the 5G network that optimizes the approach of ships to docks. Likewise, remote surgery is making its way into the health sector, with an expert who advises from a distance.

From the point of view of technologies, many of the existing technologies will be optimized, such as virtual and augmented reality, prospective uses or virtual private networks. The connected car, together with precision and location systems, will offer much more security and possibilities in the medium term. The connection between vehicles and infrastructure is also being tested by Telefónica in the Port of Barcelona, ​​where bridge crane operators and truck drivers are alerted to each other in the event of risk of collisions. The tourism sector will be boosted with the use of virtual reality and augmented reality systems. They will not replace the physical experience, but they will accompany it, and will also serve to better plan a trip. Teaching will be other sectors that have greatly benefited.

Evolution to more effective and efficient use cases

There is no doubt that the new 5G networks will offer great possibilities for further development and optimization of current technologies. The cases of critical mission will undergo a great evolution and will improve remarkably, said Federico Ruíz, director of the National 5G Observatory that publishes, among others, these analysis articles.

We will see a great evolution in mission-critical cases, such as in operating rooms connected with holography systems that will help surgeons in the intervention and will also be able to count on the remote support of specialists in the operation performed, along with the multiple existing devices. 3D together with holography will begin to be widely used next year, said Federico Ruíz.

The development of new devices at a reasonable price will be decisive for the promotion of 5G networks, when they are fully operational and there is great coverage in the areas that are needed. Among the new devices that will be available are drones of very small size and great autonomy, or picodrones, human-machine interfaces or wearables or “wearable” devices. Also mobiles with scanner, Lidar or low-cost industrial telemetry system and robotics equipment for industrial, military or geolocation use. 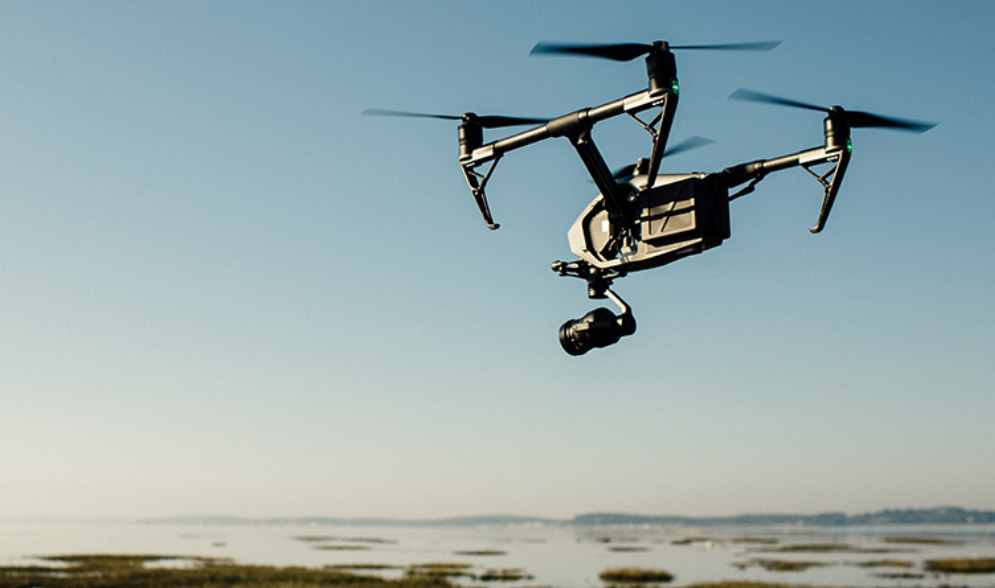 The consumption of data with the new 5G networks will explode, thanks to the connectivity of multiple devices, he said. And he gave as an example the IoT devices in the agricultural sector, which with Vodafone and the support of the Junta de Andalucía and the Seville City Council, is carrying out numerous use cases. Video applied to remote inspection and maintenance also has a great future, as is already being seen in the use cases that various companies and operators are carrying out throughout the Spanish geography.

Tourism will be another of the major sectors that will benefit from the deployment of 5G networks, driven by technologies such as virtual reality or augmented reality. An example is the commented visit to the Alhambra, “guided” by Boabdill, which will help to better understand the building and the gardens and their time in a more personalized and entertaining way. Last year, said the director of the National 5G Observatory, health, tourism and agriculture were the most launched use cases. This year, progress has been made in improving the experience, as in the case of the Alhambra, and its great potential has been seen.

In the agricultural sector, 5G can contribute to its improvement in three different aspects: in the manufacturing sector, with the development of more and better logistics centers; in the optimization of crops, with personalized attention to the growing areas and the control of water and humidity with the help of connected devices; and improving the harvest with personalized guidelines, such as teaching someone to prune a tree remotely, said Federico Ruíz.

An example of a highly sophisticated use case is the so-called “Internet of palms”. It is a sensor developed by an Israeli company that detects the presence of an insect that damages palm trees by monitoring the vibrations produced by the insect and helps its extinction. What it is about now is to take action, from use cases to real cases, once 5G networks are available and there is sufficient coverage where they are needed. And in large factories, have private networks that allow the use of previously developed applications.