Online video games, whether played through a smartphone, portable console or even with home consoles or personal computer, will soon represent a great business opportunity for 5G networks, because they will significantly reduce latency to a few milliseconds and increase speed and integrity of the signal transmitted through the Internet and the cloud, with the consequent improvement of the user experience. In 2020, the main protagonist has been the desktop console and the computer, due to confinement, but with an increase in video games downloaded previously or directly in streaming, which is a trend that will grow spectacularly in the coming years.

This Christmas, one of the most desired technological purchases has been the desktop consoles, because it has coincided that both Sony and Microsoft have introduced their new Playstation and Xbox, something that had not happened for seven years, at the end of 2013. As the demand of these new consoles has far exceeded the supply, due to the difficulties of development and mass manufacturing due to the pandemic, and as unfortunately the pandemic does not subside, the demand for the new desktop consoles and associated video games will continue being very high for many months.

In any case, desktop consoles, as well as portable consoles or smartphones and computers intended to a large extent for gaming, are a small part of the global video game market, because the most important is in the software and not in the hardware . Nor is it necessary now to have the games physically, even with the desktop consoles, because they already incorporate the broadband connection to download them online. With the Microsoft console, you can also access a wide range of games by broadband with the payment of a monthly subscription.

Video games in the cloud will achieve a greater number of users thanks to SA 5G networks and network slicing, by offering low latency communications with high reliability and speed

Online video games allow the additional possibility for many players to be connected simultaneously and to play with each other. The network, therefore, expands the possibilities and resources of video games, with multiple players who, in addition, do not have to be in the same physical place or country or connected through a cable, but mobile phone coverage is enough .

For a complete player experience, especially with the most recent games, which incorporate a great wealth of graphics and high definition images, a high bandwidth and low latency or fast response is required anyway, of about few tens of milliseconds. Streaming games consume several times more data than watching a streaming movie of comparable quality. This is because much faster video game encoding is required to maintain low latency during game play and with higher continuous data download.

Video game platforms located in the cloud for download usually require an average of 15 megabits per second of bandwidth, with peaks of 25 megabits per second, for a good user experience. As video game graphics become faster and more complex, the required bandwidth will be much higher, as well as the required latency, from 20 to 30 milliseconds from end to end of the network and with a reliability of 99.9% both of up and down, if you really want users to be satisfied. And as virtual reality systems and glasses progress, with 3D images, the bandwidth required will be much higher, as well as the latency and the reliability and robustness of the connection.

These higher requirements make 5G networks well positioned to offer a great experience to users of online video games, especially when they are really full 5G, SA 5G, and do not depend on 4G. In a 2019 Ericsson study on the reaction of online video game users to latency, 30% find signal delay very annoying and hardly use it, while another 35% are also bothered, although still Playing. Only 35% continue playing without caring too much about the signal delay.

The trend in online videogames, as detailed in a specific section of the latest Ericsson mobility report, of online games with specific content, following the Netflix model but with games instead of movies. Video game service providers are developing specific content for their users, in many cases adapted to the requirements of mobile terminals, such as small screens or few options for use.

This will lead to the development of a specific market for video games for mobile terminals, taking advantage of its extensive list of sensors, such as the camera, the geolocator, the accelerometer or the sound, to distinguish them from the more specific desktop ones. 5G smartphones and 5G networks will enrich the user experience by contextualizing the game with the environment and adapting it to the specific needs and wishes of the user. It will also allow the use of accessories such as virtual reality glasses, because, just as there are now smartphones that stand out for their high image quality, there will be other 5G smartphones more adapted to video games.

The cloud gaming industry could generate $ 150 billion in revenue for 5G network operators, according to Ribbon Communications, with users willing to pay more for a better experience

As networks evolve to 5G, low latency, high reliability and speed communications will take cloud gaming to a new level, the Ericsson report notes. The bespoke networks or network slicing that will begin to be developed in 2021 thanks to SA 5G will offer all the potential to online games, both for players and businesses that want to establish themselves around them.

Of the more than 100 mobile operators already offering commercial service, 22 have announced cloud-based mobile gaming services, according to the Ericsson report. Most of them offer it as a separate service, with a separate subscription, and associated with a video game service or directly with the video game provider. Some, however, include the service with their 5G data plan. For operators, video games offer a great additional business opportunity and one more way to make the establishment of 5G networks profitable.

Mobile video games represent about half of the total video game market. Currently, there are around 2,400 million mobile video game users, with Asia being the main market, with a turnover of more than 41,000 million dollars. Over the past three years, 40 to 50 million video game consoles have been sold, compared to 685 million new 4G subscriptions in the same period. Currently, the fleet of 5G smartphones exceeds 220 million units and it is expected that by the end of 2022 the total fleet of smartphones will approach or even exceed 1 billion units. The most important video game market is already through mobile phones and with 5G smartphones and 5G networks it will be more so, because their possibilities will increase, as indicated.

With the profusion of 5G, the market will be even more important. The consultancy Ribbon Communications predicted last September that the cloud gaming sector could generate revenues of 150,000 million dollars for 5G network operators, because many users would be willing to contract specific low latency and high speed services precisely to improve his experience with mobile video games. According to the consultancy, up to 79% of current users would be willing to change their 4G service for another 5G that would provide a more agile and complete video game service. 60% of them, says the consultant, would be willing to pay close to double the monthly fee for this subscription.

This National 5G Observatory published last April a detailed report on the perspectives and opportunities offered by 5G for the entertainment sector and, more specifically, on videogames. In the report, it is highlighted that “5G will significantly reduce the response times of mobile applications, and this will allow the appearance of new categories of games, as well as potential championships and professional leagues.” 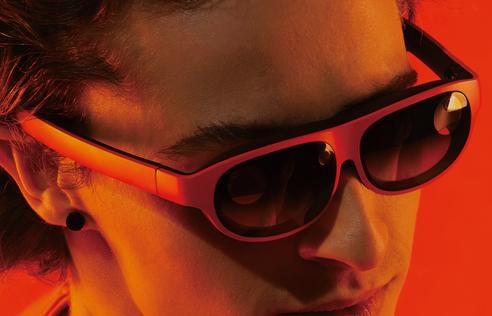 According to the predictions of the studies carried out by the large companies in the sector, “it is expected that the full transformation potential of 5G will begin to be enjoyed from 2022, which is when it will germinate and be implemented at a more significant level in the use of traditional media, the massive adoption of virtual reality and augmented reality and the emergence of new use cases such as 3D holography, haptic suits (a haptic suit is a wearable device that provides tactile feedback to the body) and advanced interactive entertainment ”Stated in the ON5G report.

This year it is expected to significantly improve the mobile gaming experience with 5G and the appearance of new accessories. Last December, Vodafone announced that it plans to introduce Nreal’s Light glasses for augmented and mixed reality on its 5G network, kicking off this spring in the German and Spanish markets. . They are light glasses that are compatible with applications for Android smartphones and for various uses, such as browsing the Internet, shopping online or watching movies and video games.