The digital services directive (DSA) was approved last Saturday by the Parliament and the Member States of the European Union, which complements the digital markets directive (DMA) agreed exactly a month ago. The DSA establishes new bases for the operation and control of platforms in real time in the European Union, especially illegal and malicious content. It also offers better protection to Internet users and their fundamental rights, in addition to stimulating free competition and favoring the growth of small platforms. “It is an agreement for a safe and transparent online environment,” says the official statement.

The text of the Digital Services Act (DSA) is based on the proposal of the European Commission of December 2020, with very few modifications, which already contemplated the proposal of the Digital Markets Act (DMA), politically agreed on March 22 . The final text of the DSA, which will be approved in a next vote considered formal, will be known in a few days and the law is expected to enter into force fifteen months later or, at the latest, on January 1, 2024.

The DSA was approved last Saturday very early, after 16 hours of discussions since Friday, which gives an idea of ​​the complexity faced by the members of the European Commission, Parliament and the Member States responsible for the negotiation . A month earlier, with the DMA, there were also long negotiations, lasting eight hours, until almost midnight on Thursday, March 24, to finalize the final text in a three-way dialogue, as the same participants in the final DSA wording assured at the time. . And that both texts had been highly agreed in December 2020 and revised last May.

The most demanding obligations of the DMA will be for the large online platforms, used every month by at least 45 million European Internet users, with totally dissuasive fines

The president of the European Commission, Ursula von der Leyen, has nevertheless described the DSA agreement as “historic, both in terms of speed and content”. And it is that it updates the basic operating rules of all online services carried out within the European Union (EU). According to the president of the EC, “the online environment in the EU will remain secure, safeguarding freedom of expression and opportunities for digital business”.

For practical purposes, the conceptual basis is that “what is illegal offline [in the real world] should be illegal online [in the digital world]”, as both Executive Vice President Margrethe Vestager and the Internal Market Commissioner have also stated several times. Thierry Breton. That is, criminal acts should be prohibited in the virtual world as they are in the real world. The difficult thing is to capture this concept in a legal article and to enforce it.

To achieve its purpose, the DSA sets clear and harmonized obligations in all EU countries, proportional to their size, impact and risk. And it gives the Commission powers to supervise very large platforms, with the possibility of imposing effective and dissuasive sanctions, which can reach up to 6% of global turnover or even the prohibition of operating in the EU in the case of violations of the law. repeated.

Ensuring compliance with the law is a real challenge for the EC: 150 experts are expected to monitor the large platforms, with a budget of 20 to 30 million euros per year, which the large platforms will have to cover. The European data protection law and the electronic commerce directive of 2000 were shown to be very ineffective, precisely because of their lack of sanctioning capacity, which is now sought to be solved. 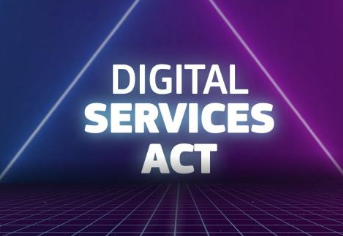 The most demanding obligations will be for the large platforms, used every month by at least 45 million European Internet users. This will affect between 25 and 30 large groups in the United States, Europe and Asia, among which are Amazon, Google, Meta (Facebook), Alibaba, Booking and Zalando. Many aspects will be prohibited, such as showing personalized ads to children and adolescents, and sensitive personal data, such as religion, sexual orientation, political opinions or ethnicity, may not be used for advertising purposes. Platforms must explain to their users how the content they recommend is chosen and it must be possible to disable a custom algorithm that has been used to display the content.

Each EU country must appoint a regulator in charge of controlling that the DSA is respected, but the large platforms will be supervised by the European Commission, because it wants to avoid content being hosted in countries with more lax legislation. Platforms, Thierry Breton maintains, must adapt to community rules, and not the other way around. “These obligations will be the same for everyone: it will be a necessary condition to benefit from access to one of the largest markets in the world,” he adds to the Sunday Journal du Dimanche.

Moderation in freedom of expression

With the DMA and its complementary legislation, the DSA, the EU is equipped with a good legislative arsenal to deal with the anti-competitive practices of the Internet giants. If the DSA focused on Facebook, Google, Apple or Microsoft, the DMA focuses more on Amazon, Booking, Alibaba and also on Facebook (now Meta) and Google. Apart from curbing what are seen as blatant abuses, especially by US Internet giants, they want to moderate what they put online.

The legislation now approved and which should come into force over the next year seeks to strike a delicate balance between respect for freedom of expression and moderation of content, as well as avoiding very aggressive commercial practices and abuse in the promotion of products, taking advantage of its large size. As the legislation on issues of freedom of expression or advertising content is different on one or the other side of the Atlantic, the Pacific or the Eurasian continent, the laws in force in the EU space, real and virtual, will be those now approved. In this link the EC explains its objectives.

The DMA and the DSA are two legal instruments but they also respond to clear political objectives of reinforcing European sovereignty, especially in terms of data protection, access to the Community market for different products and the obligation to erase, quickly and effectively, illegal content, among others. The pressure groups of the Internet giants have been trying for years to annul or at least dilute the scope of this legislation, under the pretext that it will slow down innovation, restrict freedom of expression or violate privacy.

The new owner of Twitter wants to achieve the difficult balance between allowing freedom of expression and achieving content moderation and nullifying illegal content, such as the EU with the DMA and DSA

Yesterday’s Washington Post editorial began by saying that the European Union has re-approved a key piece of legislation on technology, while the United States continues to do nothing about it. Under the title of “Europe’s online lead” (Europe’s online lead) the newspaper, owned by Jeff Bezos and a large part of Amazon, wonders in the subtitle of the editorial where the United States Congress is while the EU writes the rules for American technology companies.

Some aspects of the approved European legislation could easily be transposed into the legislative tradition of the United States, says the editorial, but Washington lawmakers are more involved in the reform of section 230 that prioritizes the political aspects than in solving the important alterations they cause platform systems. “US tech companies lead the way the world moves, but US law is barely past its early stages.” And he ends by saying that “the United States Congress must start moving if it wants to build, even a small part, of the future.”

The challenge of spy programs

In recent days, the wiretapping by the Spanish CNI through the Israeli program Pegasus has become known, thanks to an extensive article of ten pages of text (not counting a page with an illustration) published by the weekly New Yorker on April 25 , with information provided by Citizen Lab and interviews with Shalev Hulio, head of NSO Group, owner of Pegasus software, and other sources familiar with the situation.

Apart from the espionage of politicians, lawyers and activists recognized on Monday by sources from the Spanish CNI through the newspaper El País, the New Yorker article highlights that Pegasus is one more piece of software dedicated to facilitating espionage, because they exist in the market many more, with the aggravating circumstance that it is given to anyone who pays for it, and not like Pegasus, which NSO maintains that it only sells it to governments.

One of the programs pointed out in the article, with information from Citizen Lab and other prestigious organizations, is Candiru, created by former workers of NSO and previously, it seems, of the Israeli intelligence services. Candiru is capable, among other things, not only of entering other people’s emails but of altering their content without leaving a trace, which could call into question the evidence, for judicial purposes, of some emails, because the alleged defendant could always allege that it had been hacked with spyware and was not written by him.

Just last Monday, Elon Musk reached an agreement to acquire Twitter for about 44,000 million dollars, which is considered a victory for the richest person in the world to get the most influential social network in the world, frequented by world leaders, celebrities and people who seek and set trends in world society. In the last ten years, Twitter, like in a certain way Facebook, YouTube or other social networks, have gone from being champions of freedom of expression to forcing moderation on certain content or even directly censoring it.

In announcing the commitment to buy Twitter, Elon Musk assured that he wanted his worst critics to remain on Twitter, “because this is what freedom of expression means.” He added that he wanted to increase trust in the social network with a more transparent Twitter technology, without bots and spammers on the platform, and to have “every human being authenticated.”

It remains to be seen, as the New York Times commented yesterday, if Twitter manages to maintain the difficult balance between allowing freedom of expression and achieving content moderation, while completely annulling malicious or directly illegal content. The problem, said the influential American newspaper, is the same, even if there is a new “gatekeeper” in the social network. It is not clear that the European Union will manage, with the DMA and the DSA, to curb illegal content on its territory and perhaps export the practice to other regions of the world, but it must be recognized that it is trying. A challenge that is becoming much more difficult to achieve.